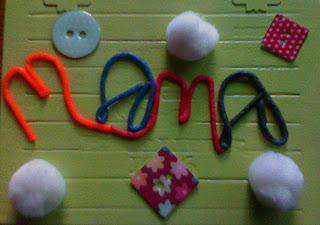 For the first time in many, many weeks the air felt wonderful. Not oppressive, hot and sticky as it has been. This air doesn’t sear your lungs when you inhale. This air feels fresh.

I walked my yard this morning in my jammies, cup of java in my hand, looking at the damage the heat and drought has done to my gardens. The leaves are starting to turn early, the maples and plums trees already shedding their foliage. Acorns are rapidly dropping off the pin oak and filling the pond, driveway and deck with their shells. The tomato plant is full of green tomatoes but none turning red and ripe for picking. The perennials all look forlorn and wilted like a dying man in a dessert asking for a last drink of water before he expires.

I gave up on watering. I had tried to keep up, watering both in the morning and evenings. Turning the timers on for the sprinklers to give the lawn and plants a soak. Then I got my water bill and decided that perhaps it wasn’t exactly within my budget to maintain a green lawn.

Looking about my neighborhood, everyone else has given up on watering as well. All the grass is turning a nice shade of beige-brown like shown in the fall decorating magazines. I hope no one drops a match while walking. The whole street will go up in flames. There are a few still standing out in the mornings holding a spray wand, trying desperately to keep alive the flats of annuals put in the ground in the spring. Back when they had visions of bountiful beds of colorful floral. Not any longer. The plants that remain look like those at the end of the season when they are 75% off. ‘FINAL SALE! No Returns! ‘ the sign exclaims. The stores don’t want the risk of having to refund money on plants they bet aren’t going to survive.

I lost a decorative cherry tree in this drought. Although the curly willow seems to love this weather. It’s doubled, maybe even tripled itself in size since it was planted last year. How is it that crabgrass has found its way into my yard when the Kentucky Blue is now singing the blues, unwilling to fight off invaders? Weeds have made purchase in the ornamental beds almost waving to me as I walk by. “Hey there! Yeah, you. Look who won this battle of the garden.” they cry out righteously. They know it’s been too hot to maintain the beds. The heat has knocked the ‘Oomph’ out of my green thumb. The heat has managed to flatten any motivation to work in the yard. Hell, I’ve only mowed twice in the last month. Only the weeds are growing, not the grass. Besides, who’s outside to see the yard anyway?

I haven’t hosted any summer lawn parties this year. I’VE not even sat out and enjoyed the yard let alone entertain others. Normally you can find me reading by the pond, playing a game of cards or just tossing the ball for the dogs. That hasn’t happened. Too hot to sit and the dogs aren’t going to run if they don’t have to. It’s been too damn hot. All that time spent staining the deck, spreading the mulch and edging the beds, getting the yard up to par for the par-ties. It looked probably the nicest it ever had earlier in the year. Not so much right now.

Usually in summer our yard is full of screaming children. Either tirelessly jumping on the trampoline, playing in the playhouse, swinging on the swings or running through the sprinklers. I go through gallons upon gallons of lemonade each summer hydrating Boo and her friends. All activities have remained indoors, except for swimming pools. I’ve handed the baton of Kool-Aid mom to those with pools.

But today it’s gorgeous outside. As I look at the yard, I’m not just accessing which plants need the most TLC or transplanted or removed, I’m also looking for a nice spot to dig a hole.

We’ve a household of animals. Two dogs, a cat, a beta fish, a plethora of pond fish (yes, all named) and a hamster. We actually had two hamsters. Then seven, when we found out Momma was indeed a Momma, instead of a Butterscotch. Santa Claus, whom the gift of hamsters was from, apparently had a keen sense of humor. All the babies we gave away to Bears friends except for one that had died. Poppa, or Pumpkin, died not too long after we removed him from the main cage. All he did was eat and sleep. He became huge and then one day, just died.

He’s out here somewhere. I know the vicinity, but the marker has since been trampled by running pooches. I thought it might be nice to have Momma right nearby. BooBear decorated a cigar box for her and filled it with the fluffy bedding that she liked so much. ‘Angel Hair - Night Night’ it’s so aptly named. The perfect fluff bedding for your pet.

Booest cried when I told her I thought Momma was dying. I could tell when we cleaned her cage the other day that she’d lost weight. She was also walking a little odd. On further inspection there seems to be some blockage in her intestine that is causing swelling to her underside.

I don’t know much about hamsters, but I did call the vet. She was polite, and caring, but her answer was ‘It’s a hamster. If it were a dog, or a cat or any other domestic pet….perhaps we would do something. But hamsters have short lives anyway. It’s really not worth the investment.’

I knew that before I called, but did it for BooBear. She was so upset.

“She’s the best hamster I’ve ever had!” Boo said in broken speech through her big crocodile tears.

“She never bit me once….she was such a good hamster!”

Which she was. We’ve had many hamsters over the years. A few escaped when the kids over playing had left the cage door open. Sometimes I could find them. Or trick them into returning to the cage with extra good treats. One I found had been played with and practically de-headed by the cat before it could be returned to sanctuary. That had upset Boo as well. Her and her friends never left that cage door open again after that. I now always remember to put on slippers or turn on the lights when checking on things in the middle of the night. I had almost stepped on the darn thing in my bare feet when going downstairs for more drinking water. I didn’t find it until first light when I awoke to make the coffee. It was not more than a half an inch from where I could see my footprint in the freshly vacuumed carpeting. Wouldn’t that have been quite a surprise awakening for me while drowsily making my way in the dark.

Ick.
I find my toes curling just thinking about it again now!

I asked Bear if she’d like to shop for another furry friend to take Mommas place. She said that maybe she should wait a little while. ‘In respect to the best hamster ever, Mom’.

Smart kid, my Boo.
So, in respect to our just past away hamster, if you would now all bow your heads.

“Please Lord, keep our Momma hamster safe and comfortable on her journey. Amen.”

Oh look. That's where Poppa is! The marker is trampled but not unsalvageable. And it’s in a nice, cool, shady spot here in the back. It’s a perfect resting spot for anyone.

Even for the best hamster ever.