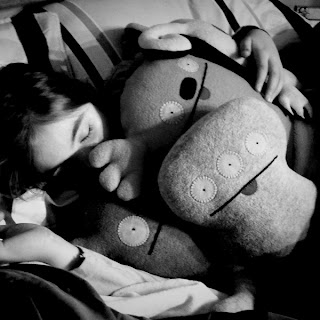 I see it everyday. Every single day as I drive to work I see it. Sitting there in the middle of the Shoreway, just inches from the center lane white lines it lays. Each day getting a little smaller. A little flatter. A little less noticeable as to what it might have been originally. But it’s there. I see it. I wonder if anyone else sees it? Does anyone else know what it is?

And it makes me sad.

My drive to work takes me through a really pretty area of Cleveland. Being a port city for Lake Erie, our forefathers were thinking accessibility. Not profitability. The coastline near downtown isn’t full of high-rises like Chicago. Nor hotels like California. Or casinos like Atlantic City. It’s a port town. And there’s a port.

The city itself is on the lake, but separated from it with a freeway. The Shoreway runs from the Westside, where I live, all the way down the lakefront. Curving with the lakes shore it winds past the large beach and park, multiple yacht clubs, the Rock and Roll Hall of Fame, the Browns football stadium and the Great Lakes Science Center.

It’s a beautiful drive actually. It’s uplifting to watch the waves and how the light plays on them as I drive. Except for my seeing this item that lies in the road. Two weeks now its been there and probably will remain there until a snow plow this winter sweeps it away.

My ‘To-Do’ list was staring me in the face. Having woken up in the middle of the night I grabbed a pen and pad of paper and wrote down all the things that I’d like to get accomplished once I woke up. For real. I had lists of things running in my head. I was slightly anxious about starting my new job and wanted to make sure all the household ducks were lined up before dropping Bear off at school. I suppose my anxiety is what was keeping me up. I figured if I at least wrote it down it might empty my head for a bit. At least an hour or two, that’s all I was asking for…another two hours of sleep.

Which worked. But the first thing my eyes focused on upon opening was “the list“.

I sat up and looked it over. Miss Queen of Procrastination residing on my left shoulder was already mentally marking things off. “That can wait. That can wait, too. Even that. Don’t even start that task…please.”

I usually try to tune the Queen out. I rest better when my list gets attended to. But looking out the window at the sun streaming in, I thought she might be right. At least for today.

“Boo Bear…time to get up doll.” I said quietly upon creeping into my daughters room. Boo sleeps like a log. She tumbles in her sleep and ties herself up in her blankets. Four Ugly Dolls were looking at me from under the blankets and another was tucked under her arm. “Bear?”

The blankets were pulled up high and I could see her feet and the top of her head…but nothing else. “Boo?”

“Huuuhhhhhhhhhhh?” came a soft reply. “Do I have to go to school today?”

“Um. No darlin’…it’s Sunday. Do you want to rake leaves or do something fun?”

“Sunday!” she bounced straight up in bed. “Cool! Let’s go to the science center and see the Imax.”

The Great Lakes Science Center is just a few miles from our home. We’re members and go quite regularly, but hadn’t been in awhile. The usually have three different Imax movies running and I love the feeling of being IN the screen.

“Great idea! Let me see what movies are playing.”

But when pulling up the web sight it notified me although the center is fully open, the Browns were playing today. They let fans use the parking garage on home games. The stadium is located right next door. Parking would be a hassle, the center probably packed…yeah, that idea was no looking so stellar right now.

“How about the art museum? I haven’t been since they reopened.”

So the art museum it was. She invited a friend and we commenced on our adventure.

The best way to get there is taking the Shoreway. It’s quite curvy at points following the inlet of the Cuyahoga River. Today as we made our second turn just past the beach, there was a police cruiser parked on the right side of the road, flashers going. The officer was standing in front of his car. I looked in my rear view mirror and there was another police car coming up fast. I pulled over to the far left and checked my speed.

I hate rubberneckers. You know the type. They slow down when they see emergency vehicles or an accident to crane their neck to see what’s up. It’s human nature I suppose, to look at accidents. It’s sometimes gruesome. Sometimes not. But always it messes up the traffic pattern for no real reason.

Today I was that rubbernecker. I looked over as I passed by and there in the road was a young buck. He was down with his legs tucked under him, head upright and proud but obviously hurt and in shock. The officer stood with his arms down by his sides just looking at the buck about three feet from it. It seemed surreal.

I wondered how did it get here? Where did it come from? There isn’t a park or woods any where close by. How did he get in the highway? What if he tries to get up? Someone must have hit him coming around that turn. Someone rushing down to tailgait for the Browns game. They obviously didn't even stop. I wonder if they knew they hit it at all? They were probably already tailgaiting and couldn't risk stopping for fear of a DUI slapped on them. All these thoughts running in my head as I drove by watching the scene as if in slow motion.

I even saw the bucks eyes.

Shock. Definitely in shock. There was blood all down his left side. The legs were at an unnatural angle.

“Mom, why are you going so slow?” The girls were singing along at top volume watching some music video on my phone in the backseat oblivious to what was going on beside the road.

“There’s a buck. In the road.” I was now twenty or thirty feet beyond the accident sight. I could see them in my mirror but I had picked up speed. It was then that I saw it. A large chuck of flesh in the center lane of the highway. Whatever car or truck that had hit the buck the flesh dropped off their bumper as they drove on.

Right there. In the road. I started to weep.

Everything inside of me that needed to cry itself out came out right then. That piece of flesh in the road was the trigger. I couldn't help it. I couldn't stop. I just...cried.

I thought they’ll have to send someone to put him down. That proud beast. Poor thing. My mind rushed back to when I was 16 and hit a rabbit scurrying across the road. I had looked in the rear view mirror then and saw it spinning in the road. I remember going home and the sinking feeling that I had killed this little bunny. My mom made me some hot chocolate and sang to me to calm me down.

I felt the same way looking at this buck in my rear view mirror now. But there wasn’t anything that I could do about it…so I drove on.

We had a great time at the art museum. There were some special exhibits going on with people dressed in medieval costumes and teaching us to dance. We got to try on armor and helmets from that period. We made our own helmets of craft paper and feathers and engaged in sword play. It was a fine day.

I forgot about the buck.
I didn’t even look for him when driving back home.

But I remember him now each and every morning.
As I drive to work and that chunk of fur and flesh is still in the road.

I’d like to stop and get it out of the road so I won’t have to look at it each time. But running across a busy highway to remove this part left behind of the buck wounded on the Shoreway would probably end up with my own flesh being torn off and deposited another twenty or thirty feet beyond.

But there it is. Right on the line in the second lane.

Living in Cleveland where we get hit with lots of snow fall, I never thought I would pray for an early snow. But I am now. Chances are it will remain there until that dreaded fluffy stuff does fall. Then and only then will my drive be weep free.

Because with the snow brings the plows. And then the plows will get it.
That poor piece of buck left in the roadway.

How many people drive over it each and every day and don’t even know what it is. Oblivious to that poor bucks peril two Sundays ago.

Poor thing.
He was in the wrong place at the wrong time. And now all that's left is the sad reminder left on the Shoreway....