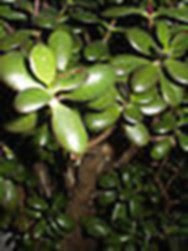 Does six months seem like a long time?
Or just a small drop in the bucket?
I suppose it all depends on who is checking. At that particular time.

Six months for a kid waiting for summer vacation seems like a lifetime. Waiting for your income tax refund check can seem like forever when you're eyeing a new patio furniture set that you shouldn't really buy. But for others? Maybe time moves much too swiftly.

In conversation the other day I learned that a friends uncle by marriage has pancreatic cancer. Still a young man by today’s standards, the doctors have informed him that he only has 6 months to live. Most of those six months he will probably not be in robust health.

It made me pause to wonder, ‘What would I do if I were told I only had 6 months to live?’

If I had an unending supply of money perhaps I’d take on that list of unfulfilled dreams and check them off, one by one, until my time ran out. But unlike Jack Nicholson in The Bucket List, I do not have a unlimited supply at my disposal. I don’t have that Black American Express card that I dream about. You know the one. It has no spending limit and the bill never comes? That one. And my money tree in the backyard seems to have shriveled and isn’t looking to grow a new root system anytime soon.

So what does one do?

That weight loss program I’ve embarked upon would seem rather futile. I seen people get into shape and lose weight to look perfect for their wedding day, but for your own funeral? Nah. Bring me another crème brulee instead.

And what about my golf game? No need to lower the handicap further. I highly doubt I’ll be playing where ever it is my soul ends up after my death.

I would still like the opportunity to hike to Machu Pichu in Peru before I die. Perhaps that trip might bring me the peace and serenity that I seek. After sitting in the clouds amongst the ruins, I could probably let go. Of everything. Perhaps I’d pass whilst there. I would physically be closer to heaven. Maybe because of my close proximity to the heavens they might let me in those pearly gates? “C’mon in Nancy. No need sending you back down.“ Peter would say, jingling the keys.

Or would I sink into depression and drown my sorrow of my ill fated pull of the lifeline straw? Open a line of credit at the local tavern and spend my days like Bukowski writing down my remorse over my impending doom.

I don’t really know. I’m not sure what I would do. Fight? Give up and resign?

I’d like to think that being of a positive nature that I’d fight back. But I can’t be positive that I would.

I’m always amazed when watching I Shouldn’t Be Alive on television. The strength that many of these people find within themselves leaves me speachless. They tenously hold on by a thread to life in certain situations that by all regards seems a hopeless cause. But they do. And they live to tell about it.

I wonder what might happen if I were caught in a canyon for days. Could cut my own arm off slowly with a pocket knife in order to make it out of their predicament after 3 days? I highly doubt I could.

I ponder if a shark just ate my leg while diving that I could garner the strength to fight back by punching it until it swam away? And then go on to be fitted for cyber legs and run marathons? There is definitely no way.

I asked a couple of my close friends what they would do. Melissa, always upbeat, said that there were some places that she’d want to return to. To basically say ‘Goodbye’ to people that who mean the most to her. The family in France and the people in Thailand with whom she lived while she was in the Peace Corp. She did say that if she had the energy that she’d make the trek to Machu Pichu with me if there were time. Always thinking of others, that gal.

Damian said he’d finally write that book. To leave something of himself behind. The book would allow him to have peace. For himself and for hopefully for those reading his words. That it might perhaps shed an understanding of peace, his peace, as guidance for others. I'd like a copy of that. It'd give me something to hold on to. Signed, of course.

And one said they’d find a way to get medicinal marijuana, dig out the old albums and live like Janis Joplin and Jimi Hendrix in a blissful Purple Haze until the end came.

There was a movie shown at the Cleveland Film Festival called Timer. A digital clock is implanted into your wrist that counts down the seconds until you meet your one true love. That could be rather distracting and become all consuming. But what if the watch told you the time of your death? Would you live the rest of your life with reckless abandon because you know that your time isn’t up? Yet.

I’ve got timepieces that don’t keep quite the right time. Gorgeous wrist art, but they do lose seconds. Which turn into minutes. Which turns into hours if you don’t keep track. So who’s to say that the timer on your wrist couldn’t be wrong as well?

I’d probably get one of the faulty ones. Somewhere in the universe is some sort of bias when it comes to 'all things Nancy'. I went to a meeting where someone said, ‘God won’t lead you to it if you can’t get through it.’ Well yippity-do-da. I’m so glad that He feels that I’m capable. But c’mon now. How about letting someone else get through it for a change?

I bought a pair of shoes on eBay. The seller packed them wrong; sent them in a bag, not a box. So they have creases in the leather on the front due to the handling at the post office. Easily avoided. But I let it go. It wasn’t that big of a deal. I DID let her know so she wouldn’t disappoint future eBay buyers. It was an obvious oversight due to her newness to the eBay community.

I had my house painted. They did a great job. Or so I thought. When I put the screens in this spring I found that they hadn't scrapped away the excess from the window panes up on the third floor. It wasn’t obvious from street level and I didn't know that they missed it. Solution? I could call them back and bitch, but instead of confrontation I just threw up a ladder and scrapped it off myself. No biggie.

I bought a Jeep. So far I’ve had to have it serviced for the DVD player, the catalytic converter and the drive train. All under warranty but they don’t supply loaners when service is being done. Something I got used to when I owned a Land Rover. The dealership is close to the house, so I just walked home and shopped close to home the next day or so. Why complain. I just looked at it as leaving a little less carbon footprint on Mother Earth for a couple of days. The weather was nice, so I put away the pretty shoes, pulled out the comfy ones and just hoofed it.

That’s the way I am.
I’m rather complacent. Or too understanding.

I had a tenant let me know about a couple of things at the property that he felt could be improved upon. He’d been renting the house for three years. “Nancy, when your electrician replaced the electrical boxes, I think he messed up with some of the breakers. You should have him look at it. Some breakers will switch if you have a hair dryer and the TV running and others won’t switch at all.”

First thought? Uh, Jeff. Why didn’t you tell me then? That was two years ago!

He continued with, “You’re a nice lady. Sometimes you should get mad. People are going to take advantage of you.”

Nah. It takes too much energy. And creates wrinkles on my forehead.
I don’t want to be one of those women that look like they are constantly mad and bitter that I see in the grocery.

So I take a deep breath.
And I take a look at my landscaping.

How IS that money tree coming along…

It better grow faster. I need the funding for Machu Pichu.
And if it doesn’t mature by then….I might get mad.

But at least my timer seems to be working. I’ve at least a few years left.
Hopefully.