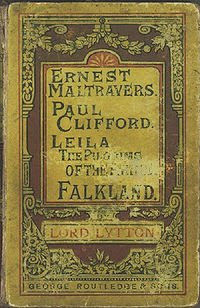 I finally found a contest that I could possibly win.
I hate contests.
They always seem like the perfect set-up to swallowing another dose of failure of some sort. But this one? I think I can win this one...
I woke up this morning to the sound of rain. Hard rain. The kind that makes your sub-conscious listen intently for the click and whir of the sump pump. Once heard, usually you are able to drift back off to sleep. That is until your above mentioned sub-conscious remembers that you left the sunroof open on your car, the beach towels strewn to dry on the deck railings, yard equipment not in it's proper place and the west facing windows on the house are all wide open...
So it then becomes a mad dash to 'fix' all these problems before the hard stuff starts to come down. Which it already is....drats.
Towels? They can dry again tomorrow.
Sunroof? Where are the damn keys...okay, got it. It would figures that Boo's Nintendo DS is in the cup holder, directly under the opening, getting drenched. It'll be okay. Good thing I bought that case for it. Next...?
Windows? The kitchen counter is already soaked. Landing; soaked. Playroom; Hamster cage soaked. Boo's bedroom; no worries She closed that last night before bed. The remainder are tucked away under roof lines and such. All good.
Lawnmower, Leafblower and WeedWacker? Fuck. I had more yard work to complete this morning, I left them out in order to DO it!
When the weatherman says, "30% chance of showers in the morning" Who really believes him? They can't tell yesterday's weather let alone what is to come. And no one said it would torrential downpours...at 3:00am.
C'mon. We've already gotten a 1/2" of rain already! THAT, my friends, is not 30% chance of showers...
A change of pajama's and now wide awake, I try to decide if I should just stay up or try to get some more rest.
I opt for the rest, but it won't come. So I make a pot of coffee and turn on the computer to browse what has happened overnight whilst I slumbered.
Another plane crash. Check. Another train crash. check. More Michael Jackson bullshit coverage. Check. Contest with the winners listed. Check.
Hey now, wait....let's see more about this contest. That looks interesting! And to think I've got a whole year to work diligently on my bad prose! I'm sure that MY name posted as the winner next year will get me that book deal! Then I can buy an island right next to Johnny Depp's and borrow sugar. Perfect!
The contest is the annual Bulwer-Lytton Fiction Contest.
The winner of the bad writing contest can win $250. Not enough for the island, but a start nonetheless. The contest is a parody of prose, invites entrants to submit bad opening sentences to imaginary novels. It is named after Victorian writer Edward George Earl Bulwer-Lytton, who opened his 1830 novel "Paul Clifford" with the much quoted , "It was a dark and stormy night..."
The winner in the detective category won with this ditty:
"She walked into my office on legs as long as one of those long-legged birds that you see in Florida the pink ones, not the white ones except that she was standing on both of them, not just one of them, like those birds, the pink ones, and she wasn't wearing pink, but I knew right away that she was trouble, which those birds usually aren't."
Isn't that brilliant?!
I love it!
The overall winner won with this fantastic sentence:
"Folks say that if you listen real close at the height of the full moon, when the wind is blowin' off Nantucket Sound from the nor' east and the dogs are howlin' for no earthly reason, you can hear the awful screams of the crew of the "Ellie May," a sturdy whaler Captained by John McTavish; for it was on just such a night when the rum was flowin' and, Davey Jones be damned, big John brought his men on deck for the first of several screaming contests."
Pretty cool.
I've always wanted to win a contest. I've dreamed of winning something...any contest will do, any lottery...just something. Just once.
And with my eyes being now open to the possibility of this one next year, I now understand that there is hope for me yet.
So what will keep me up tonight? I would gamble that it won't be rain...
It'll be the pitter patter of large, run-on, seemingly never ending sentences filling the over clogged, never cleaned gutter rain pipes in the deep recesses in my sub-conscious mind.
Oh, this is going to be fun....
:-)
Posted by f8hasit at 10:01 AM