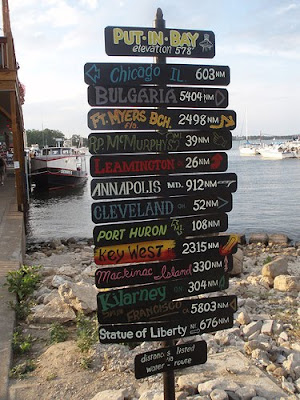 So the people watching spectacle continues.

Not as if it ever really stops, but some days/weeks/months seem to bear more people to comment on than others.

Over the weekend I was going to head up to Cedar Point. Ride a few roller coasters to celebrate summers end. It's close by, I'm a season ticket holder and it was raining. At least in Cleveland it was raining. That is normally translated into, "No one will be at the park today." Because visitors from the nearby areas won't go on icky days. Only the destination people would be there. They go no matter what the weather, because it was planned.

My reverse psychology, that usually pans out, this time...didn't.

When we arrived, the parking lot was full. I mean REALLY full. I suppose everyone had the same thought I did and was trying to squeeze in a last summer vacation trip before school starts. After cruising the lot (just to be sure) and not finding an acceptable parking spot, I realized that it would be pure madness to go inside. Good people watching it is, but not if you have to park a gazillion miles away from the entrance. Yeah, pass.

But since we were already in the Sandusky area, what to do now?

Why, head up to Put-In-Bay!

3 miles down the road, we picked up the Jet Express ferry boat to zoom us across the lake to one of the preferred summer destination spots here on the North Coast on beautiful Lake Erie.

The downtown area is full of bars, restaurants, shops. You can rent golf carts, bicycles and mopeds to get around the small island. There is a airstrip that some people fly in on, but most of the visitors come by ferry or on their own boat. It's considered the 'Key West' of the North. The island itself only measures 2 by 4 miles. It only has 200 year round inhabitants, but during the summer months it is under constant barrage from tourists to the tune of 2 million a year. Can you imagine? In the winter the island closes down and is isolated. Supplies are flown in for those staying behind in the frozen tundra. It may drive some mad, the solitude, but I would think that would be something close to total peace...

The visit there was calm enough. There were some tall ships sailing in, an amphibious car taking a spin around the bay and many families about. Since it was overcast and on the chilly side, the usual scene of wasted bimbo with little clothes on wasn't high on the radar. There were a few around. They were the ones with blue lips, shaking profusely because the refused to don a sweatshirt to cover their cute tube top or halter. That might reduce their ability to get hit on...which seems to be most of the patrons on the bar fronts agenda: Get wasted and and try out your newest pick up lines. The crowd of girls looking for a chance to show their ta-ta's and the guys to flex some muscle. Some of the bars even sell a 8 hour marriage license. Yup. It's true.

The real people watching ended up back at the Sandusky Habour. Being one of the ferry drop off's, you either have to get to the island from Sandusky or Port Clinton. when people were returning from their visit to Put-In-Bay. Some of them are families that just head back to their vehicles, others stumbling off the boat ramp off into the darkness and yet others beeline over to local pubs to continue the mayhem.

For instance, there was the girl at Pat Daly's Bar that was playing corn hole over on the old dance floor. A room connected but set apart from the main rooms. When glancing over she appeared to be playing a form of strip corn hole. Oblivious to anyone else besides her immediate companions, she was baring one part of her body or another. We thought about sending over a shot or two to see how many it would take before she would just fall over. She was truly a mess.

Or the two guys that showed up from Columbus that were in a golf tournament at the Elks Club. Hint fellas: Maybe after the tournament you might want to change the matching white visors and striped golf shirts for something a little less...well, matching. And who knew people still do beer bongs in bars? Not a great look. To add insult to injury they even got beat in the bong match by the little blond bartender. Interesting.

Or the extremely, but kindhearted drunkard Freddie, who lifeguards at Kalahari during the day and drinks himself silly at night. In truth at first I was laughing at the guy. But then it became MY turn for him to talk to and we had a very interesting conversation.

Because of the recent tragedy at Kalahari (click here for complete news story) where a 3 year old boy died in the outdoor pool while being left with the 6 year old sibling while the mother lounged in a deckchair poolside, Freddie said that he,"never want to have children". That the idea of losing a child, whether it be to an accident, cancer, or the endless possibilities with all the kooks out there, that he wouldn't be able to bear the pain involved. I concur...to a point.

We proceeded to converse on a bevy of topics and I found him to be drunk, yes. Extremely drunk? Yes. But also a gentleman and surprisingly well spoken. Lots of emotion behind the tough guy facade, even a few tears as he spoke on some subjects. I tried to covey to him that although there are 'bad things' that happen, that you can't NOT DO things to protect yourself from being hurt. You can't stifle your life by not experiencing it. What would be the point? Why even bother 'living'?

It was at that point he divulged to me his thought about suicide. But in with a show of strong religious background, he just couldn't...due to his Catholic upbringing. But the pain he felt in losing a brother to a car accident; his father to cancer and his mother to drugs, makes him too fearful that he too will befall tragedy. Or worse, someone he loves.

Heavy stuff.
Especially at bar. In Sandusky. With a total stranger.

My friend Will over at Searching for Shangri-La had a quote on a post the other day that really hit home with me. "People will inevitably make choices they regret, but following your heart will never be one of them."

Or Jillian at Sometimes I feel like a Blog had a thought of the week that also captured my attention. "Enjoy who you are. Don't hate yourself for what you aren't."

Genius! Both of them!

But, I have to admit that I AM glad for who I am and for the most part, enjoy it. I'm rather a positive person, if you haven't garnered that already.

And I am SOOOOO glad that I don't feel the need to play strip corn hole in a public bar.
Or wear matching outfits with a friend.
Or wear skimpy tops and freeze because I think I look cool.

And yes, again, all the crazies talk to me.
HOW else would I get all this information?
:-)
Posted by f8hasit at 2:55 PM